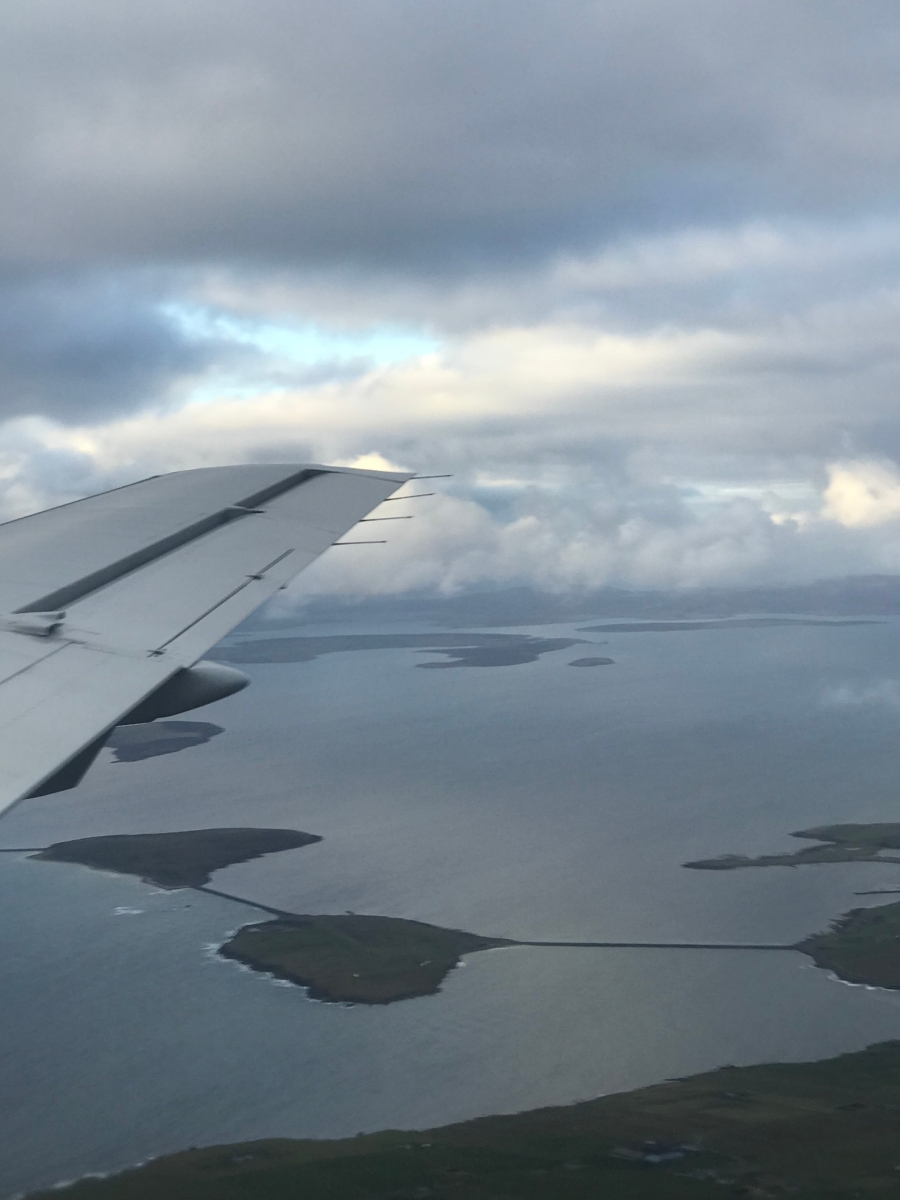 The engines of the small airplane rattled loudly as if they were exhausted from the quick climb through turbulent north sea weather. My eyes fixated the slowly disappearing islands as if they wanted to hold on to them as long as possible. As I admired the beauty of the Orkney islands glistering in the sun, memories of a lifechanging time in ministry flooded my thoughts. I could almost feel the warmth of a nice cup of tea and the overwhelming admiration of the spectacle evolving in front of my eyes as stormy waters crashed over the Churchill barriers. The view of the old Church of Scotland Manse was one of a kind and had left a lasting impression on my mind. Not only because of its unique and spectacular beauty, but more so for me as German minister. Eleven years ago I had been allowed to care for the people of the East Mainland Church of Scotland, over whom and uncounted others my German nation had brought terrible pain and suffering. I very soon in my call learned a very deep and moving lesson of reconciliation and forgiveness.

Almost every day as I was working in the study of the Manse, my eyes traced the tracks of the life destroying Nazi fleet as it sailed through Kirk sound into the natural harbor of Scapa flow killing brutally quick in an unexpected attack 883 men out of a crew of 1219. As my own German grandfather had served in the Nazi navy fleet, I over and over couldn’t believe that the very same people, who suffered under my nation had welcomed me and my family in such a heartfelt way into their daily life. They soon changed my life’s path forever as grace and forgiveness took hold of my calling as a woman of faith.

As if to make it sink in, I looked at the view unfolding beneath the Manse over and over again. October 14, 1939 was according to a parishioner one of these rare very calm Orkney nights as captain Günther Prien sailed around Kirk Sound into Scapa Flow  as “HMS Royal Oak” lay there on anchor. This well accomplished battleship had fought successfully at the Battle of Jutland in 1916, but by 1939 had not been as versatile as the modern warships of the Kriegsmarine, which were much smaller and faster battle cruisers. As war broke out, the “Royal Oak” had been stationed in Scapa Flow as part of a large naval fleet and it was presumed that it was perfectly safe from any foreign attack. But the starry and calm October night shattered this illusion as torpedoes fired by the German submarine ripped holes into the well accomplished battleship forcing it to sink very quickly. 883 men, amongst them many boy sailors, lost their lives. As disaster and devastation struck their families and Great Britain as a whole, this crime was celebrated as the first big success in Nazi Germany. Today it is one of the largest war graves, reminding everyone of a brutal and destructive Nazi dictatorship. As the commemoration of this brutal event will be marked for the 80thtime in October 2019, this large war grave may warn all nations about the brutality and destruction mankind can bring over one another.

It has been this exact spot that had filled my life and identity as a German with a unforgettable lesson of reconciliation and forgiveness as I was accepted as a human being beyond my national identity and once even asked to be part of a service commemorating the lost lives. As prayers and readings filled the small Italian Chapel on Lamb Holm, it was a tender experience of grace that flooded my being and made me understand Paul´s words to the Ephesians in a deeper way (4:31-32):

Put away from you all bitterness and wrath and anger and wrangling and slander, together with all malice, and be kind to one another, tenderhearted, forgiving one another, as God in Christ has forgiven you.

A tender ripple shook the small plane as if to wake me out of my thoughts. I blinked as the beautiful Islands of Orkney disappeared completely under a soft, bright blanket of clouds surrounding me of a warm feeling of thankfulness. The privilege of ministering in Orkney had both gifted me with the beautiful gift grace and had put my determination as a minister on the path of bringing reconciliation and forgiveness into our broken world.